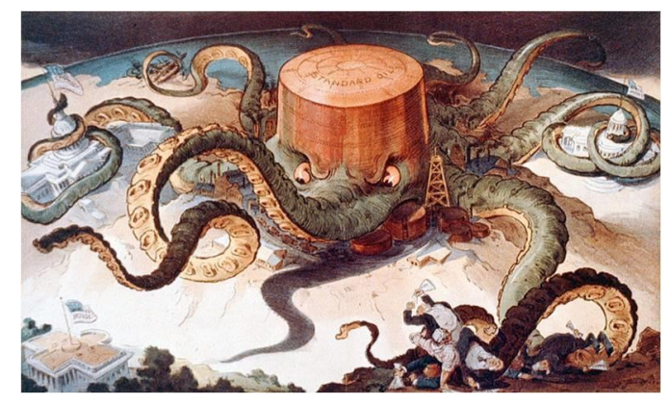 Common ownership currently is one of the focus topics in the antitrust community. Einer Elhauge, a Harvard Law professor, has called it the “greatest anticompetitive threat of our times”. Others believe that there is no issue at all. The below gives an overview on the status of the debate and analyses the recent EU Commission (EC) decisions dealing with common ownership more closely.

Common ownership is the simultaneous ownership of shares in competing firms by institutional investors below the level of control. These institutional investors (banks, pension funds, insurance companies or mutual investment funds) normally have small minority shareholdings of 5% or much less and typically no board representation, i.e. their investment is purely passive.

Traditionally common ownership has not been seen as an antitrust issue. This view has however been called into question as:

Certain recent theoretical and empirical studies (in particular the Azar / Schmalz / Tecu airlines paper[2]Available at: https://papers.ssrn.com/sol3/papers.cfm?abstract_id=2427345) have concluded that common ownership may have a detrimental effect on market competition in certain concentrated sectors, particularly in airlines, retail banking and pharma. These studies find that in oligopolistic markets where competitors have shareholders in common (1) prices may be higher, (2) collusion may be more likely and (3) management incentives may be oriented towards industry performance and not firm performance.

These concerns have led to far-reaching proposals about using either current or new antitrust laws to control or limit common ownership and some voices are calling for action to “dismember the octopus“. For instance, Posner / Morton / Weyl [3]https://papers.ssrn.com/sol3/papers.cfm?abstract_id=2872754 propose that investors in firms in well-defined oligopolistic industries would be limited to a holding of a small stake (no more than 1% of the total size of the industry) or holding shares of only a single firm per industry.  Others have suggested to establish broader safe harbors for common ownership (e.g. a 15% threshold (Rock / Rubenfeld)[4]See https://one.oecd.org/document/DAF/COMP(2017)10/en/pdf.  However, these papers have been strongly disputed by investors such as BlackRock[5]E.g. https://www.blackrock.com/corporate/literature/publication/ftc-hearing-8-competition-consumer-protection-21st-century-011419.pdf and a number of academics[6]E.g. Dennis / Gerardi / Schenone, https://papers.ssrn.com/sol3/papers.cfm?abstract_id=3063465 as to their theoretical as well as empirical foundations.

Common ownership started as an academic debate but has now caught the attention from competition authorities, the media and other stakeholders:

As a result of significant common ownership, market shares and concentration measures (such as HHIs) underestimate the concentration of the market structure and market power of the parties as they are based on the assumption that the firms are fully independent from each other (paras 61 et seq. of Annex 5 of the Dow/DuPont decision).

Common shareholding has to be taken into account as an “element of context” when assessing whether the transaction raises competition concerns (paras 4, 81 of Annex 5 of Dow / DuPont). The EC does however not formulate a stand-alone unilateral or coordinated effects theory of harm with regard to common ownership (and it would, given the state of the debate, be unclear what that theory of harm would exactly be).

In its decisions, the EC comes to a number of rather one-sided and categorical conclusions:

What to expect going forward

Given that there now is common ownership precedent, parties have to expect increased scrutiny of mergers of competing portfolio companies in industries where common ownership exists. The EC will likely take the view that market shares underestimate concentration in the industry and that competitors will not compete fiercly with the merging parties as result of common ownership. The common ownership “element of context” will make it harder to persuade the EC that the merger does not raise competition concerns.

Any change to the EU merger rules that would allow for scrutiny of minority acquisitions by institutional investors in competing firms seems however highly unlikely in the current political climate in the aftermath of the Siemens / Alstom merger prohibition and given that Commissioner Vestager decided not to pursue the introduction of a review system for non-controlling minority shareholdings acquisitions a few years ago.